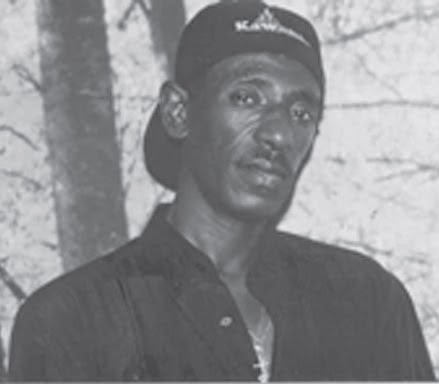 The all-time Eritrean music star Yemane Ghebremichael (Baria) passed away on 5 November, 1997, leaving his fans – Eritreans of all walks of life and age groups – in a state of shock. No single person could accept and believe his death.
The list of reasons could be long and shot from logic than intuition. He was only 48 when he left living physically. He had only lived in free Eritrea – for which he toiled, fought, dreamed, hoped, and longed to see it free from the yokes of oppression for years – for only three years. His fans had been still coveting his sonorous voice that touched every cord of what their hearts felt in depths. Those whose lives have changed for the better because of his always stretched hand had not finished expressing their gratitude to him. The list would go on and on.
If there has been a vocalist, songwriter, lyricist and musician whose love is shared by the young and elderly in Eritrea, Yemane Baria would probably be the first. His songs in his seven albums – Zemen, Meskerem, Natsinet, Delay Selam, Aykonen Oromay, Wegihaya Meriet and Mesob Ade of which the last two came out after Eritrea’s independence – reflect the reality of their release time, yet their attraction to people does not dwindle with time. Their flavour always gets one’s feelings engrossed with every passing time as the taste of vintage wine.
Each topic he touched in his songs – love, freedom, family, martyrdom, exile, nationalism – always have mass appeal. One would never find a single line in his lyrics that does not relate back to the topic. His tunes set the mood of the song and carry it to reconcile inner feelings that are provoked in effect to some happening in reality.
In early 1970s, no youngster who listened to Yemane’s Wedebat Adey (My Sea Ports) could stand living under Ethiopia’s oppressive rule. The sea ports were what tantalized all the colonial powers that set their feet in Eritrea. And the youth fl owed to the columns of the struggle to seize the ports from the oppressive regime to their rightful owners.
Baria’s imageries in his love song Chira Feres (Horse Tail) are so vivid that one sees the description of the persona’s feelings and the woman he is in love with in the song as real. His mastery of Tigrigna language is really seen exalted in all his song as in this one:
My body went thin like a thread,
It got braided with your love…
One who didn’t know thinks I’m ill,
But when you’ve my flesh skinned
And he sees that my heart is swollen,
He will believe that my life has been sold.
The song Harege-Weini is believed that it is an autobiographical song written to his wife. Here he symbolizes her as a shade of leafy vine – synonymous to her name. Seeing him sing this song on stage one could easily understand how much he loved her. All his blood vessels are tightened to a point of bursting as he thunderously voiced the verse that expresses his devotion to her; and his big heart is bared for all to see. Unlike many musicians who groan about negative qualities of women, Baria lit up the best of them asking them to share the expanse of his heart.

Of exile, he always reminded people that home is home. In one of his songs about exile, Zemen, he personifi es time and asks why it brought all the predicaments and harassments. The song clearly puts it that exile meant a chronic sore that does not heal, where one cannot keep one’s chin up and walk tall, and bitterly asks time again why it had stripped him off his human rights. It also reminds time that it had changed the meadows to desert and affl uence to poverty. Let alone people in exile, any Eritrean during the years of the liberation struggle certainly broke into uncontrollable tears and sobs listening to this song. Everything of the song has a mesmerizing effect.
Yemane sang with words that reach deep into one’s morrows to the oppressive rules that tried to take away Eritrea’s identity through any possible means. Some of them were warnings to the people to take learned decision like: asking the people to heed his words “so as not to step on bubbles assuming that it is a stone.”
In some of the songs, the words could be taken coming out of a lamenting heart. Of course they touch the hearts of those who understand the pride of having one’s own nation; however, they do not tie one down to one’s seat and do nothing. They propel one to decisively rise to put an end to the oppressive rules which he described it as:

Endless dream in a night without daybreak
Sunless summer and rainless winter
Not allowed to farm but always kept in jail…
As he was lucky enough to see Eritrea in its joyous moments and free of any colonial rule, he sharpened his voice to eulogize freedom and what it is like to live in one’s own country. He equated independence with daybreak at dawn, a mother’s embrace to an infant, pride, homecoming, the essence of life, the most precious gift, precursor to hard work, justice, reconstruction… the list is very long. He also repeatedly reminded that freedom is found with sacrifice and martyrdom.
As Baria was the son of the people, he understood the people’s heart beat. He also had elegies to the fallen heroes. His songs pay tribute to those who martyred for the nation and consoled their parents. He is also most remembered by his last song Segenai, which he sang on the occasion of Martyrs’ Day in 1997.
Yemane was well-known with the usage of some heavenly elements like the sun, moon and starts, as well as natural ones – mountains, streams, meadows… – within his songs. He used these elements to create various imageries that last long and recur expounding the reality as one listens to them whenever and wherever the person is. That is why Baria has left the legacy of enduring reminiscences to those who were lucky to see him sing and again an enduring experience from which those who did not see him sing can learn.
Yemane Baria was born in 1949. After completing his studies in different schools in Asmara, he joined the renowned Asmara Theatrical Association (MATA) in 1968. As he was politically matured youngster, he enlisted in the liberation struggle for independence in 1975. After returning to Eritrea in 1994 and lived in the free Eritrea for a few years, he followed the martyrs who fought beside him having accomplished a noble cause. Baria is survived by his wife and five children.
Following his departure to the non-earthly life, efforts had been done to help raise funds to support his family. Especially many musicians were so involved in the efforts towards that cause. Within this effort, some of his songs have been remixed and were sold in the market. Although the cause was very noble and has to be commended, there had been some damages done on the process of reproducing the songs.
Instead of reproducing the songs from the master copies as they had been produced by Yemane, additional musical instruments – especially saxophone – were added to the original songs. One who is familiar with Yemane’s songs would only be dumbfounded to listen to them than appreciate them. The songs that carry a listener’s mood were turned into irritating one’s feelings. If those who reproduced them thought that they were trying to show some innovation, they should have carried out their innovations in their own respective works. Whatever cause set them on that track, they should have respected his work and see into reproducing them as they were. The all-time star that has shaken the old, the young, and every Eritrean would not have missed what would have made his songs better if they were a bit less than that.
Whatever happens, the all-time star will always be remembered for his talent, for the mark he left on Eritrean music arena, and for his generosity.
Zemen – https://www.youtube.com/watch?v=mEOCZHJMCV8
Chira Feres – https://www.youtube.com/watch?v=IGLbLie9OxY
Znafkeki Fikrey – https://www.youtube.com/watch?v=S1hhfqWgefA&list=PL3498884792551AB6

Disclaimer: This blog takes no responsibility in the distribution of the above shared music as they have already been uploaded in the net by outside sources.